Now, hold your breath… This is news:

Two weeks ago, on Februari 18th, I got a response on this blog by a certain mister Jack Stewart. It may well have been the most interesting tip of the year. Jack wrote to me: “I am reading ‘Under a Lucky Star’, the autobiography of Roy Chapman Andrews who gained fame with a motorized paleontology expedition in the Gobi. He claims the Hutukhtu of Outer Mongolia had a car that sounds something like a Contal Mototri. Chapman wrote this: “Way back in the early 1900’s a motor car was brought by camel to Urga. I saw it in the ‘garage.’ It was a strange French thing like an overgrown baby carriage, with a carburetor as large as a ten-pound bomb which projected from the left side on a steel frame.”  Anton, It seems a long shot that this could have been the Paris-Peking Contal Mototri, but I thought I would share this and wish you the best of luck in the rally.”

Roy Chapman Andrews gained national fame as an explorer for the American Museum of History in New York City. He began his career at the museum in 1906 by sweeping floors and assisting in the taxidermy department. By 1934 he had become the museum’s director.

Andrews is best remembered for the series of dramatic expeditions he led to the Gobi of Mongolia from 1922 to 1930. Andrews took a team of scientists into previously unexplored parts of the desert using some of the region’s first automobiles with extra supplies transported by camel caravan. Andrews – for whom adventure and narrow escapes from death were a staple of exploring – is said to have served as inspiration for the Hollywood character “Indiana Jones.” Andrews’s expeditions to the Gobi remain significant for, among other discoveries, their finds of the first nests of dinosaur eggs, new species of dinosaurs, and the fossils of early mammals that co-existed with dinosaurs. These materials remain the subject of exhibits and study, and they inspired a new wave of exploration in the Gobi by the American Museum beginning in 1990.

Anyway… back to our story: the retrieval of the Pons’ Contal in Mongolia. So, Auguste left his vehicle heartbroken in the Gobi desert in June 1907 and nearly died trying to walk back to Bejing. And now, according to this journal written in 1920… the vehicle was brought to Urga, later to become Ulan Bataar, the capital of Mongolia. 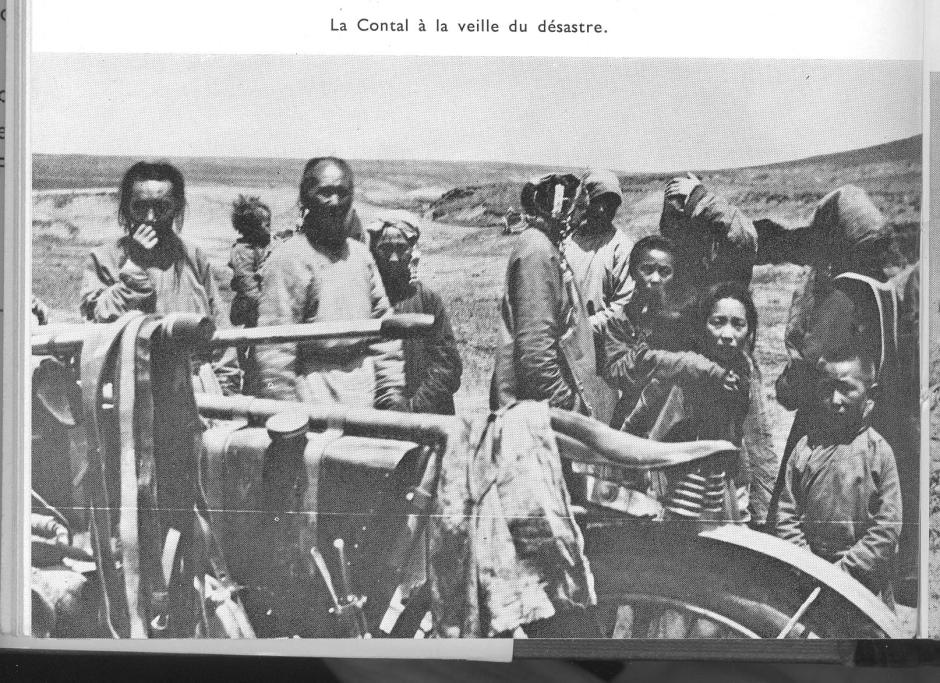 DAMN! This could be a golden tip. This means that three years after the ‘breakdown’ in the Gobi desert, Pons’ Contal was seen in Ulan Bataar (Ursa) and kept in a ‘garage’. The Hutukhtu had a Palace beside the Tola River, just under the schaduw of “God’s Mountain” where he kept a veritable junk shop of Western inventies which had amused him for a moment, only to be tossed aside when he had become tired of them. I think I even found a picture of that palace… 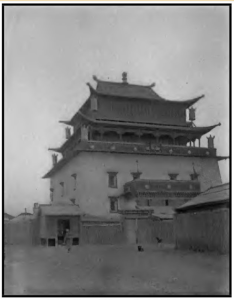 One of the palaces beside the Tola River

This means the Contal could have been saved! And if it was kept in security by an important person in Mongolia… so?! It might still be there, no?! The “ten-pound bomb” that Chapman describes can be nothing else than a Vaurs carburator , the race-version of a Longuemare. That looks like a ten-pound bomb… the full text in the book “Under a Lucky Star” looks like this:

If this is no lead, nothing is a lead. Let’s hope there is something as a Heritage Museum in Ulan Bataar, one never knows…